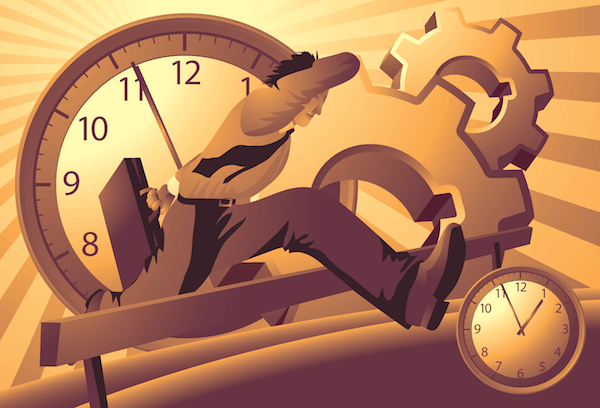 When Joseph Campbell was asked towards the end of his life what the mythology was that people were living by, he responded there was none.
The times were changing too rapidly.

Again today, things are changing fast. One of the trends seems to be the success of co-writing, both in the indie world and in Hollywood.

As the end of this year approaches, a few people have shared with me a sentiment of unease, of uncertainty. I wonder if it is because of the technological whirlwind or just because we’re getting older?

For us creatives, uncertainty can be harrowing. We struggle so hard to fulfil our dreams while juggling to make our lives work along the way. But how is it possible to achieve anything – in screenwriting or in our personal lives – if the world around us keeps changing, often (apparently) for the worse. Then, when we look back it is frustrating to see how little has come true of our optimistic but genuine resolutions. I believe co-writing can help you overcome much of that frustration.

Half-full or half empty? At some point I stopped evaluating what came true of all the plans I had made at the beginning of the year. Now I just look at what I achieved, and what my friends, clients and students did, too. It’s the glass-half-full approach and you would be surprised how different it feels.

The more I learn about life – and our screenwriting industry – the less I am a man of plans and dreams. I just do what I believe is the right thing right now, and I just enjoy it. Looking back, it feels as if a lot has come to fruition than before, when I was always desperately trying to plan for the future.

Things must be happening, because on a daily basis people point out these achievements. Over the past year, we published the 1,000th post on this blog (thank you Jamie), I sold out both classes of The Story Series and started a new Screenwriting Networking event successfully. Much of that success was thanks to the co-writing right here, on this blog.

We now have nearly 1,700 loglines and over 7,500 comments on Logline It! and I travelled to Sweden to teach. For the first time, I have also been teaching students online. All that while having a great life without a desperate need for holidays. (Well, I did have a marvellous week in Belgium for the first time back in 12 year.)

So, what’s the secret?

While making new year’s resolutions, I work on the big picture of life rather than the smallish individual goals. Early this year I started getting out of bed earlier: 5am in stead of 6.45am. I was inspired by some good friends and it worked – for three months.

Over the course of those months I got an insane amount of work done and even managed to have a more relaxing morning – which my son loved in particular. From April the routine slipped a little but I still get up before six, so instead of beating myself up, I realise it is still nearly an hour earlier than before. That’s an extra six to seven hours every week!

In a couple of days, I’ll be disappearing off the face of the planet for a short while (thank you again, Jamie and Cameron, for holding the fort). Ten days every year around this time I prepare to start the new year as pure and fresh as possible. It’s called Vipassana meditation and it is a literal reboot for the mind. When I come back, I know I will be getting up at 4.30am again. If you are struggling to achieve your dreams, there’s another approach you might try.

Co-Writing Is The Secret One way of dealing with change is creating your own change, pre-emptively. A few months ago I decided to quit drinking alcohol. There was no doctor’s warning or threat of any other kind. I just thought it made sense. Now there’s another change that has only given me benefits. You can do these simple things too; it’s all easier than you think. One may have a bigger impact than the other but living a healthier lifestyle will generally give you a better basis to tackle external change.

Another key to achieving great things while it feels the times are against you, is collaboration. Writers in particular seem to live in the delusion that the act of writing must be a solitary endeavour. Not so. Any relevant work I have ever written was together with others and I know I would have never been able to do it on my own. Co-writing rocks!

Earlier this week nearly eighty screenwriters gathered in Sydney to explore collaborative avenues. At the end of the night some told me they had made some connections that could potentially lead to co-writing arrangements. I think this is a smart way of arming yourself for any change ahead, and battling the competition of those you believe are better writers than you.

Rest asssured that the times will keep changing – and yes you’ll get older, too.

So, what changes are you making in the weeks and months ahead?