As a writer, you are playing a game with the audience.

Therefore, in order to find success in screenwriting, it is necessary to understand how audiences work. And your first audience is your reader. I don’t mean reader in the sense of a particular Hollywood industry professional, though winning over such readers is critical to a writer’s success. By reader I mean a typical human being who can read.

Here are a few things about audiences that may help start you on your screenwriting journey:

Audiences follow action: somebody doing something. This goes for a story as a whole (e.g., Mark wants to build a social network online and pursues this goal), a sequence within the story (e.g., Mark goes about trying to find an investor), and a scene (e.g., Mark persuades a financier to back him). When you write scene description, likewise keep this in mind. Audiences follow action. Don’t list items in a scene, the way you might in a stage play. For example, instead of starting a scene:

A dark dusty office with a pile of papers on the desk and a poster that reads “READ” on the wall. Jonathan enters and sits down.

Jonathan enters a dark dusty office, walks past a poster on the wall that reads “READ,” and sits down at a desk with a pile of papers on it.

Rendered the second way, the audience does what comes naturally—following action—and along the way makes discoveries about a location. And they’re much more likely to actually remember the details.

Audiences like to know why people are doing the things they’re doing. It may be useful to introduce a character who exhibits puzzling behaviour as an attention-grabber, but audiences will tune out pretty quickly unless they discover the reason for the behaviour (see the opening of Silver Linings Playbook—at first Pat seems to be muttering incoherently, but very quickly, the gaps in this puzzling behaviour are filled in).

Audiences are constantly trying to figure out where you’re leading them.

We are all blessed (or cursed?) with frontal lobes, which are the place where we ruminate about the things we observe and try to anticipate future events based on clues in the present.

Your job as a writer is to turn the audience into keen observers of detail.

The audience is watching for clues it can use to piece together where the story is going; it’s your job to provide those clues and make sure they notice them, and that the clues lead them where you want to lead them.

For example, A husband buys candy and flowers on his way home from work. Meanwhile, his wife places a gun in the nightstand drawer. We know what these mean: the husband plans to make love while his wife is planning to make war.

Of course, it may be that the gun is a birthday present for the husband, and the husband, meanwhile, has poisoned the candy to kill his wife. If so, congratulations: you’ve exploited the audience’s propensity to piece together clues and anticipate the future in order to throw them a surprise twist, which is something audiences love.

They won’t remember information that is delivered without any context.

Instead, following #3 and #4, it’s best to reveal information in digestible pieces, clues that the audience can then piece together to arrive at an understanding of the background of the story.

Note that these clues have to be visual or aural, since movies convey sight and sound only.

Again with our frontal lobes: when we observe the world, we have an irresistible tendency to seek cause and effect relationships in the phenomena we see.

This propensity is so strong, we sometimes create cause-and-effect relationships where there are none (“The Green Bay Packers lost the game because I didn’t wear my lucky cheesehead hat.”) Audiences will respond readily when the events and scenes you present have a cause-and-effect connection.

If there is no such connection, audiences will tend to tune out (or, possibly worse, impose cause-and-effect connections where they are not intended).

7. Audiences latch on to characters

Audiences respond best when they can identify with a character.

It has been argued (for example, in Edward Wilson’s The Social Conquest of Earth) that storytelling confers a practical advantage on the human species: by listening to a storyteller describe the dangerous adventures of a character, we can experience that adventure emotionally—and learn from it—without having to expose ourselves to danger.

Thus audiences will not respond readily to a story in which they can’t connect emotionally with—empathize with—a main character.

If a character we empathize with (see #7) pursues a clearly defined goal (see #2) and runs into obstacles to that goal, the audience will stay interested (and keep turning your script pages) because it is suspended between hope and fear.

They will hope the character achieves the goal, and fear that he or she won’t.

The “three act structure” is the instrument for creating suspense.

In order to create suspense, the audience 1. needs to get to know a character and learn what the goal of the character is, 2. watch the character pursue that goal despite obstacles. These two steps create and sustain the suspense.

To end or resolve the suspense, the audience needs to 3. learn if the character achieves the goal or not. These three pieces are the three acts in the three act structure.

The “three-act structure” applies to scenes and sequences as well as the movie as a whole.

Each scene arguably can have its own three-act structure: a character wants something, tries to get it and encounters obstacles, then gets what he wants or doesn’t. E.g., Will Pat persuade Tiffany to give a letter to Nikki? That’s not the main question in Silver Linings Playbook; it occurs in just one scene.

But the question keeps the audience in suspense for that one scene.

Writing your scenes this way will ensure audiences won’t be able to put your screenplay down: they’re going to be too busy wondering what happens next.

Now go on and do good work!

(This article was first published on Writers & Artists) 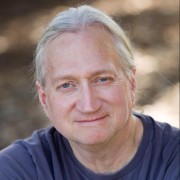