No post in September. I had other matters to attend to (photo). (For the whole story, you may have to brush up on your Dutch.) If you’re set in your writing ways and happy with your Underwood, just skip straight to the DVD Commentary section.

Otherwise, here are some tips to save you the money and frustration I sacrificed on my way to stardom. 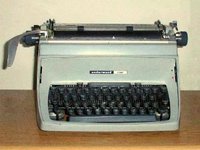 Being a decent citizen, I buy after I try. So I replaced my “trial” version of Final Draft with a legit copy, hoping the bugs would go. It turned out to be the equivalent of going to see THE DA VINCI CODE in the cinema. I felt I had been caught in the trap of some excellent marketing. But what should you expect from a screenwriting package? Let’s put things in perspective.

The last time I checked, Final Draft cost AUD$569, or roughly the same as the entire Microsoft Office Suite. All that, while some simple MS Word macros or style sheets can achieve what Final Draft does? Plus: you have the wildest flexibility in terms of backups, tracking changes, spell-checking, saving online etc. If you don’t have MS Office or you hate Bill G.: OpenOffice. Free. 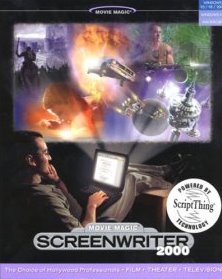 If you’re really dying to part with your money on a script package, explore Movie Magic Screenwriter (formerly: Screenwriter 2000). Cheaper than Final Draft and better value for money in my view.

But why pay if your writing isn’t earning you any money (yet)? No, I’m not referring to BitTorrent here. A new, totaly FREE piece of software is called Celtx. Still in its infancy but growing rapidly, with a smart development team behind it and community-oriented.

Celtx intends to go a lot further than just the screenwriting bits: it aims at becoming the central command post for your film’s entire project management. If they manage to stay afloat, it may well become a filmmakers’ software of choice.

Now, if you believe that any of the above will help you writing better scripts, you have fallen prey to the Film Industry’s Greatest Con. These are all just word processors with serious formatting limitations. Jazzed-down versions of MS Word if you wish. 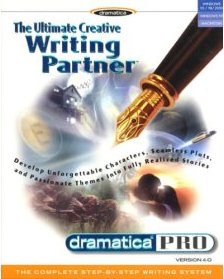 Here is my advice for the cash-poor: don’t spend a cent on script formatting and save your money for software that helps you with the hard work. Instead labour on the story using Dramatica Pro, John Truby’s Blockbuster, Movie Outline or Powerstructure.

I used to use the last one, as it distinguishes itself from the others in pretty much the same way MM Screenwriter does among the script software. Powerstructure has immense flexibility, allows you to write full scenes, just one liners, or whatever in between you feel comfortable with.

You can customise it to your own favourite structure, be it three acts, sequences or Vogler’s THE HERO’S JOURNEY, then export directly to a text file or into whatever script software you use. If you’re a member of that circle of writers who first write their entire first draft before starting to outline, you can import your existing script to reshape its structure. Admitted, I’ve had a few quirks doing that but the PS support team helped me out.

Powerstructure makes a lot of sense, as it works in the way most movie decision makers think. It is being distributed by the wonderful guys at WriteBrain, where you can download a trial version.

Even better than burning your money on software: give it to a human story/script editor who could really make a difference for you. ;-)

I found a downright great commentary on this unsung masterpiece by writer/director Robert Altman, in which Warren Beatty opens a whorehouse in the Old West.

Although thirty-five years old, this movie could be seen today alongside the razorsharp doco THE CORPORATION and – to a lesser extent – AN INCONVENIENT TRUTH. It ultimately tackles corporatisation and if you wish globalisation within the genre of the western. And as the commentary puts it: Altman won’t give you a John Wayne type of Western hero. No. Warren Beatty’s protagonist will shoot you in the back if his life depends on it.

The voice recording of this commentary track is so crystal clear you can literally hear producer David Foster’s watch ticking in the background as he explains why every man and his dog in Hollywood wants to work with this director. I agree: Altman has a vision and integrity that is so rare you won’t even find it with masters like Scorsese. Unlike the latter, Altman will NEVER make ‘one for the Studio’.

My favourite bits are the account of Leonard Cohen’s musical collaboration, Altman’s hilarious tirade about western’s big hats and the master’s view on dialogue:

“The dialogue in these kinds of films […] is part of the character […]. It is not the words that are important. […] That’s too related to theater, where you […] advance plot with the words. When you have close-ups of people and faces […], it’s just better that the words come from the moment or from the actors themselves.”

Altman makes this statement in the context of Beatty’s soliloquies in the film. He asked Beatty to mumble to himself inaudibly before actually delivering the crucial lines in soliloquy. As a result, the audience is used to the character talking to himself in a more or less natural way. And here is the mark of a good commentary: the director sharing with us his struggles to make the movie work.

Recently I consulted to a team of comedy writers, which was a completely new and refreshing experience to me. As I’m not a comedy expert, I focused on the (lack of) drama in the script and afterwards the writers were happy enough about the outcome to hire me again for a look at the next stage.

Comedies that don’t work often still work on the scene level but they have issues with the overall story arc. Situations and dialogue may be absolutely hilarious. If there’s no dramatic undercurrent, the audience WILL switch off.

I found a quote on the commentary of ANTZ that makes the exact same point about the input from Jeffrey Katzenberg (photo), who was uncredited producer (and the “K” in Dreamworks SKG):

“We added a lot of comedy kind of after the fact. It’s one of the things that Jeffrey Katzenberg really pushes hard: get the drama to work because if you’re rely on the comedy, you’re gonna loose the audience’s interest in the characters. So sure enough we really focused on the drama and afterwards we […] ended up upping just the silliness of it, the humor of it.”

This charming animation, in which Woody Allen voices the neuroses of the ant “Z”, dates from the turbulent days when Dreamworks went head to head with Disney’s A BUG’S LIFE. Ironically it was Katzenberg who had sealed the deal between Pixar and Disney.

Directors Johnson and Darnell don’t deliver by far the cutthroat commentary we’re used to hear from the Pixar guys, but they do give some insight in their struggles during the development. Notably their work on the character of Princess Bala (Sharon Stone) and her relationship with the protagonist are interesting from a story point of view.