Japanese monster movies, alike in their tendency to cast strange creatures, or kaiju, in the title role, have been seducing movie-goers since the early 1930’s.

In tune with audience’s enduring interest in ruinous spectacle, movie monsters have embodied everything from traffic lights and tomatoes to humanoid terrors.

Ultimately Japanese daikaiju have stood the test of time not only because they do a great job wreaking havoc, but because they touch upon the conflicted nature of our own destructive desires. 1.) Godzilla – In a country still reeling from the effects of nuclear war, Godzilla, or Gojira as it’s known in Japan, tells the story of a monster mutated by radiation poisoning. The radiation, instead of killing him, imbues him with special powers and increases his size to abominable proportions. Godzilla, a terrifying physical presence, reflected the atomic fears of WWII-era Japan.

The film begins in the same way that the nuclear terror upon the country did– with a small fishing boat off the coast meeting its doom from radiation poisoning. The film is unflinching in its portrayal of death and destruction as Godzilla takes down Tokyo, even including footage of young children suffering from the fallout.

An enormous success when it was released in 1954, it spawned an American rendition, Godzilla King of the Monsters, which deleted particularly violent scenes and added shots of actor Raymond Burr playing a flustered reporter on the run for his life. The first, and some may say the greatest, of the kaiju films, Godzilla paved the way for the many monsters that followed in his enormous footsteps.

Is it time for Godzilla yet? 2.) Rodan – This film did better than Godzilla when released in America, and introduced audiences to another frightful creature: Rodan, the giant pterodactyl.

The first kaiju film shot in color, it’s realistic depiction of flying monsters led to its popularity around the world. Discovered in a cave by a crew of miners, Rodan emerges from his egg before their eyes. Capable of causing devastation with the “killing airstream of his mighty wings”, Rodan passes over cities in Japan, China, and the Philippines, using his supersonic boom to terrify humanity. As with Godzilla’s nuclear tie-in, Rodan explored then-current fears surrounding air travel.

It also has a surprisingly tender ending – when Rodan meets his death in a fiery volcano, his buddy throws him(her?)self in shortly afterwards. Who said monsters don’t have feelings?

So if the new Godzilla movie turns out to be a modern, big budget of Godzilla vs Rodan, I’ll be one happy geek boy. 3.) Mothra – In a culture where fears of mutation were still conflated with fears of radiation, many saw giant, mutated moths as a very real possibility.

Much bigger than your common garden variety, Mothra is an enormous specimen that resides on an island previously used for nuclear tests. She shares her home with tiny women, who at only two feet tall, manage to communicate with her telepathically. When her small friends are kidnapped and she is disturbed in her island retreat, she heads to Tokyo to rain down terror upon the perpetrators.

Her destructive wingspan again equates flight with fear, even as she rescues her clan of tiny priestesses and takes them back to safety.

SERIOUSLY is that mother EFFING MOTHRA in the new Godzilla trailer? Mothra is my JAM.

SERIOUSLY is that mother EFFING MOTHRA in the new Godzilla trailer? Mothra is my JAM. 4.) Daimaijin – A complex film in both it’s examination of Japanese feudal society and the cultural events that led to the creation of the kaiju, Daimaijin stars a 30-foot-tall stone deity come to life. Serving as a vengeful savoir rather than a destructive force, the stone statue comes twice to the aid of a peasant family suffering at the hands of treacherous retainer.

At the end of the film, the Daijmaijin reveals himself to be a vengeful shogun spirit – perhaps the kind that the Japanese saw themselves in need of during this tumultuous era. 5.) Destroy All Monsters – When an evil outside force sends monsters to Earth, only someone or something equally as terrible could be called in to lay down the law.

Thankfully in 1968 Godzilla was at the height of his power, and could wrestle control back from an alien race hell bent on destruction.

The film begins with Godzilla and his monster pals (Minilla, Mothra, Rodan, Gorosaurus, Anguirus, Kumonga, Manda, Baragon, and Varan) living in peaceful confinement on an island where they serve as research subjects. One day, communications on Monsterland go down, and the monster gang finds themselves under the control of an evil feminine race from outer space.

They wreak havoc on international capitals until they regain their senses, and then band together to fight the three-headed King Ghidorah –the secret weapon of the alien Kilaaks. After taking down the alien’s last salvation, the Fire Dragon (which is actually a UFO), the monsters can finally return to their island in peace.

While this film is clearly more of a “popcorn movie” than its dark predecessor, its joy in destruction fed audience’s appetite for spectacular violence. 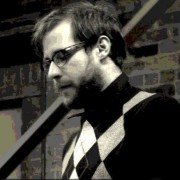 Brandon Engel is a Chicago based blogger who loves nachos and movies with words like "Cannibal," "Blood," and "Chainsaw" in the title. He also loves: vintage animated commercials, Billy Wilder scripts, novelty jazz records, and nachos. Follow him on Twitter: @BrandonEngel2