The Woman in Black

Widowed and depressed lawyer Arthur (Daniel Radcliffe) is sent to a remote village to sort out the paperwork in a deceased woman’s crumbling old manor house. There, instead of supermarket coupons and catalogues full of velour comfortwear (this is vaguely Edwardian in setting) he discovers ghostly and malevolent goings-on, not to mention ominous violin music accompanying every step he takes.

The letters he finds point to some ugly family history, but he can’t get any information from the villagers, who are eager for him to leave as soon as possible.

This old-fashioned chiller is mildly suspenseful but doesn’t deliver too many jump-out-of-your-seat moments, and is a bit slow and unoriginal at times. It does represent one of Radcliffe’s better acting turns, though he’s hampered by the fact that even Arthur doesn’t seem very scared.

Jonathan Empson’s TV script Chrome was nominated for an AWGIE in 2010.His recently completed historical drama-comedy feature Leonardo’s War is in circulation, and his black comedy-thriller Get Out of Here has been optioned.He is represented by Rick Raftos Management. 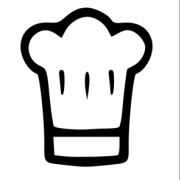