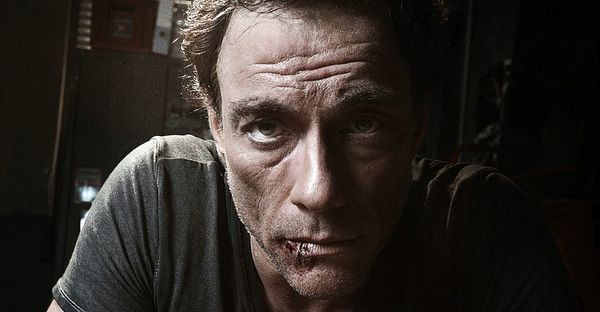 Take a fallen action movie star, plant him in a foreign language arthouse movie and tell his story.
You might end up with indigestible pretention… or gold.

Jean-Claude Van Damme plays himself, a dead end, down-and-out Hollywood star who returns to retire in his home country. But when he wants to withdraw money, first there is none, then he falls victim to a hostage situation and the robbers force him to pretend he is running the show.

MUSCLES – AND MOVIES – FROM BRUSSELS

I was born in Belgium and had been away for eight years when in 2008 a wave of nostalgia befell me while watching JCVD, with – and about – my fellow Belgian Jean-Claude Van Damme. Remarkably, this film had a greater effect on me than the overall more accomplished In Bruges of the same year (in fact, the over-emphasized medieval backdrop in the latter film annoyed me).

In JCVD the filmmakers really capture the soul of my country and its capital Brussels as I remembered it from living there. More importantly, JCVD’s cinematic style reminds me of a peculiar tone and style, as seen in other Belgian films such as Man Bites Dog. JCVD is an equally bizarre piece in that it mixes realistic drama with tongue-in-cheek comedy while also taking a stab at the crime genre. The result is not without its problems. Add to this the frequent shifts in POV and the non-linear story structure and your mainstream audience stays away.

JCVD succeeds in poking fun at the way small-town people treat their celebrities – they don’t have many – and the capital of Europe really still is a small town. Having lived there for a few years, it’s also a big part of its charm. But the joke wears off and the story struggles to survive on the tension around the hostages.

At the mid point, traditionally things become more personal when the Van Varenbergs, Jean-Claude’s parents, appear to try and convince Jean-Claude to give himself up.

REDEMPTION OF A BAD, BAD ACTOR

The best moment of the film sits somewhere close to the end of Act II, it is a single take of nearly seven minutes in which Jean-Claude breaks the fourth wall and summarizes his struggles as a star. The movie character blends with the real-life Jean-Claude and we witness the redemption of a bad actor and a very bad boy.

In this one shot, Jean-Claude outclasses anything he ever did in terms of acting in his entire career. We see a handsome but fragile man in his late forties reflect on the things he did and now regrets. It is a metaphor for the end of the glamor and a metaphor for everyone taking stock of their lives.

In this one shot, Jean-Claude outclasses anything he ever did
in terms of acting in his entire career.

Time Magazine named Jean-Claude’s performance in JCVD the second best of the year, after Heath Ledger’s The Joker in The Dark Knight. “He deserves not a black belt, but an Oscar.”

You can read the full monologue in English on IMDB.