BTW, Any technical element that is about HOW it is filmed rather than WHAT is filmed, takes us out of the read. This includes “Point of View”.

So it is annoying.

But more importantly, it is totally superfluous.

To get my point, it is important to distinguish two types of ‘point of view’ in movies: One is the Camera POV, the other is the Story POV.

This is the place where the camera will go. Sometimes it will be the place where (the eyes of) the characters are imagined to be. In some rare cases, this technique is taken to the extreme, such as in movies like Lady in the Lake (1946) and Dark Passage (1947).

Here is an example of the use of POV in a script:

POV Jack: We see how slowly the monster puts Danny back on his feet, then turns to face us.

Danny, grappling with the fact that he’s still alive, disappears behind the nearest rock.

The monster stands up and roars. The sound is deafening.

It is now coming at us…

Nice, but you know, directing is not our concern.

As screenwriters, we must refrain from adding directorial comments. And telling the director where to put the camera is a serious intrusion.

This Point of View refers to the story and more specifically the character that drives the story – or the particular scene.

So this surely is our concern. So how do we determine the Story POV?

The Story POV is the perspective of the character in the scene or the story we empathize with most, through whom we experience the story. In the beginning of the movie, as we’re trying to figure out what’s going on, it’s often the character who asks the questions. Remember the opening of Back to the Future? Marty has a lot of questions when he doesn’t find Doc at his lab. And so do we. As a result, we put ourselves in Marty’s shoes, in his Story POV. Yet nowhere in that opening does it say “POV: Marty” in the screenplay.

The Story POV will almost always be that of the Hero.

However, in a scene from the Story POV of Jack, the Camera POV will mostly alternate between Jack and one or more other characters, or a neutral (technically invisible) 3rd person POV.

Now, in 99% of the cases where a beginning screenwriter writes “POV: [Character Name]”, this character is effectively the Hero.

So if
1) the Camera POV is not our business and
2) the Story POV is already that of the Hero anyway,
why putting it in the screenplay as a camera direction?

Tell me in the comments if you know of exceptions where it is helpful or even essential to clarify the point of view in the script. 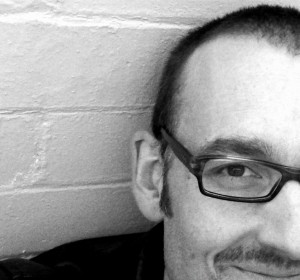 Karel teaches, consults and lectures on screenwriting and the principles of storytelling to his 5-year old son Baxter and anyone who listens.

He is also the boss of this blog.

If you found this tip useful, check out the Screenplay Checklist, an A-Z of commonly made mistakes by aspiring screenwriters.

Once you have written your screenplay, make sure you keep the reader hooked by eliminating all the errors that would distract from an enjoyable experience.

Check this 12p. list of errors and annoyances to perfect your spec screenplay.