You may think I’m talking about HD channels and the advent of 3D television, but I don’t mean increased picture quality when I say better television, I mean better writing. Think about your favorite show on television today.

What happens when you miss an episode? Do you TiVo or DVR it? Are you going to watch it online? Perhaps you plan to buy the last season on DVD anyway, or download it on iTunes. And oh, what I wouldn’t give to get Hulu in Australia.

We have come a long way from they days wheeling the television into the dining room, so we could watch the latest episode of I Love Lucy. Now we watch television on our own personalized schedules, and we never have to miss an episode.

The plethora of ways to catch up on our viewing also means we can follow more complex stories, elaborate plot twists, and cast numbers worthy of a greek tragedy. Shows no longer need the predictable characters and reliable formula to last in a viewers memory during the week long breaks between episodes.

Shows no longer need
the predictable characters and reliable formula

The luxury of time has opened the dramatic door and television writers have run through it. Character arcs now follow an ever changing flux across season after season. Plots are so thick that you might miss an essential detail during a bathroom break.  And the further shows push away from the formulaic past, the better the writing gets.

Plots are so thick that you might miss
an essential detail during a bathroom break.

There was a time when writers feared that the tidal wave of reality television was going to wash away quality scripted shows forever. But when facing shows like Lost, Mad Men, The Wire, Modern Family, How I Met Your Mother and 30 Rock, that wave just laps at the shore. Sure, some formulas still get relied upon from time to time.

Someone was always trying to shut down the wire just as the team was on the edge of a breakthrough, and Barney Stinson will always be suited up, but for the most part, quality prevails over predictability.

Of course, there are also disadvantages to complex plots and ever increasing casts.

When I moved to Australia, I missed the last few episodes the third season of Lost, a show so needlessly complex that networks used to air catch-up episodes with extra “facts” that popped up at the bottom of the screen. When the fourth season finally aired, I didn’t actually watch it because I knew it was likely to confuse me into an aneurysm.

Lost, a show so needlessly complex that networks used to
air catch-up episodes with extra “facts”
that popped up at the bottom of the screen.

Nonetheless, there will come a day when I break down and watch it all. Why? Because one can only go so long without knowing the secrets of the Island.

That need to catch-up also points to another change that technology has brought about in boob-tube culture: watching great television is no longer a collective experience.

We used to all watch episodes on the same night, and then discuss them at the proverbial water cooler the next day. Now those discussions sound more like “What season are you up to now?” and “oh just wait, the next episode is even better.”

The collective experience is now spread out over time, usually spanning far beyond the life of the show itself. Of course, that also means that people who loved it the first time around, will likely see it again on DVD, reliving the episodes through others as they catch-up.

Discussions about those complex plot twists and ever changing characters will last longer than the one week break between episodes. Therefore, a richly layered writing style is almost a requirement to assure that shows retain their audience throughout their technologically extended lives.

A richly layered writing style is almost a requirement

Are you writing a television show right now? Have you mastered the ability to create cliffhangers between commercial breaks, and endings that leave your audience burning with desire for next week’s episode?

Have you also written a show that people will want to see over and over again, or watch entire seasons of in one sitting? Will discussions about its moments of comic genius or intricate plot twists, last for years after the show has gone of the air?

The next time you complete an episode, ask yourself “would I TiVo that?”

Margaret M. MacDonald is a production designer and award winning screenwriter. She has lived and worked in Los Angeles, New York and currently Sydney. She aims to use both her writing and designing to create cinematic worlds. She also loves to discuss the past, present and future and filmmaking and isn’t afraid to disagree with you.

You can find more of Margaret on Immmagination.com and on her blog Marglish.com 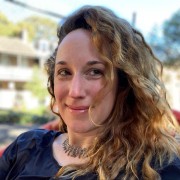