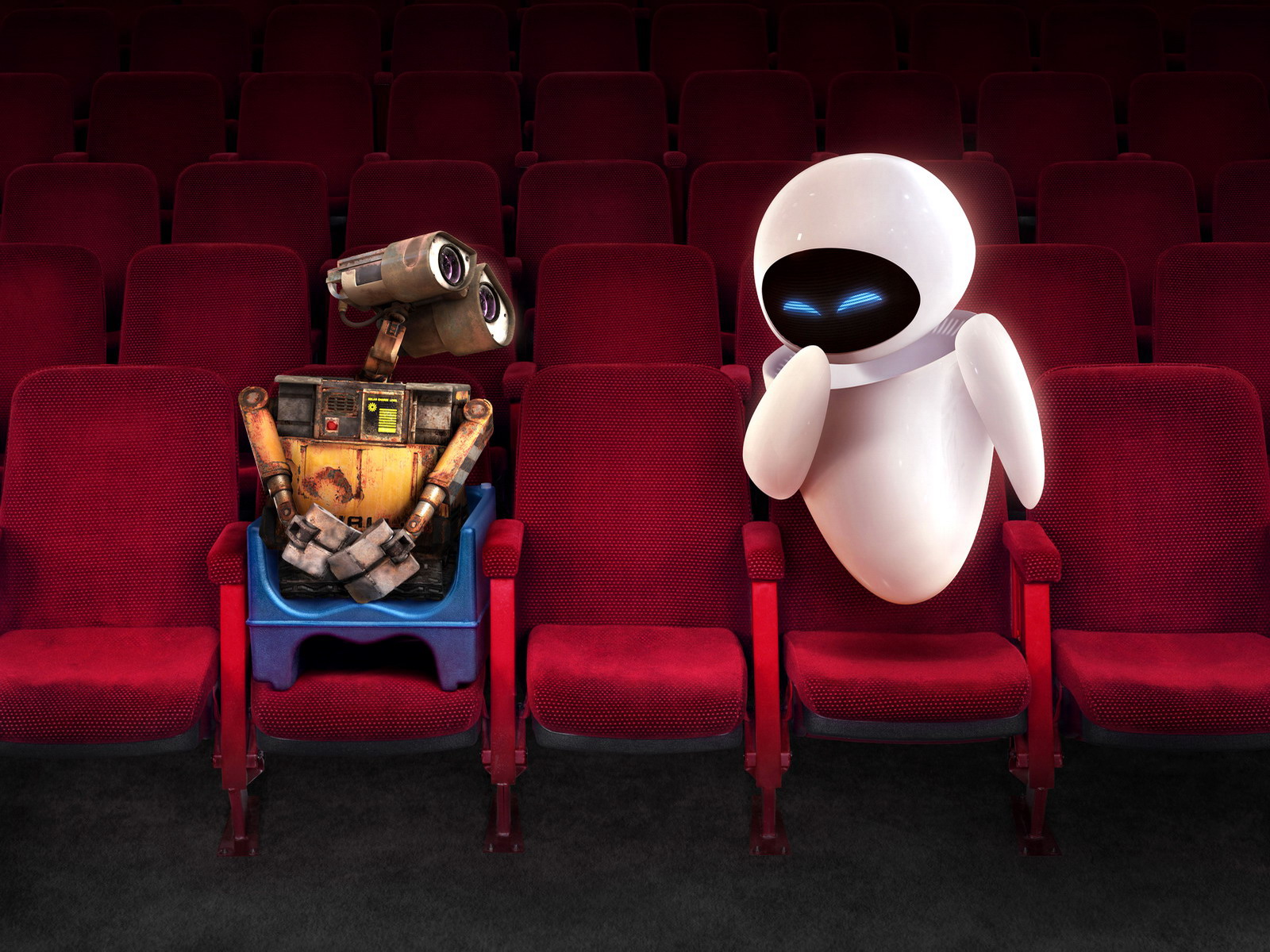 So I thought let’s run it tonight in stead.

My unconditional love for Pixar kicked in when I realised I had made the unforgivable mistake of missing The Incredibles in the cinema. My commitment to the gang of Emeryville was complete a few years later with Wall-E.

Ironically, that film ruined the chances of an animated short film I had produced in the years leading up to the release of Wall-E. (Our film features a lonely ‘Pupp-E’ on an abandoned hot and rusty planet. Then a shiny, aggressive droid lands – and they ultimately become friends… Sounds familiar?)

ANIMATION IS NOT A GENRE Have you ever wondered what Wall-E‘s genre is? If you answered ‘animation’, please don’t repeat this in the presence of the Pixar guys. Animation is an art form, not a genre. To me, Wall-E is Chaplin-esque romantic comedy. Its main character’s goal: to hold Eve’s hand as seen on TV.

Wall-E is teeming with wonderful moments but my favourite is the Mid Point. In a great movie, you’ll always have a great Mid Point. Aspects that characterise the mid point are often an unusual setting, a change in the main character’s approach and in the movie’s energy. Sometimes the film takes a different direction altogether, which is surely the case here. You could almost say that the second half of Wall-E is a different film.

Where the latter half of the movie is all about the return to Earth, the first half of Wall-E completes the storyline that brings the little green plant to the mother ship.

Wall-E has saved the plant but is blasted into space. When he drifts off, risking to lose connection with the mother ship, Eve goes to his rescue. When they meet, Wall-E hands her the shoe with the little plant inside that will allow for Earth to be re-vegetated. Eve responds with a hug and between the two robots we see a brief spark – the kiss. This is the obligatory ‘sex at sixty’ moment, reminiscing the days when screenplays were around 120 pages. Still, each romantic movie has a kiss or love-making scene around the halfway point.

This is the obligatory ‘sex at sixty’ moment And here is our movie moment. The kiss is followed by a delightful scene of pure cinema, with Wall-E and Eve dancing through space and touching the hearts of the people on board of the mother ship. When the captain sees them, he asks: “Computer, define ‘dancing’!”

At the end of three minutes of spell-binding beauty, we are introduced to “Burn-E”. He is the little hero in the short film that accompanied Wall-E in cinemas and now on the retail disk. Burn-E is stuck out on the ledge behind a closed door when Wall-E and Eve return to the mother ship. If you haven’t seen the short film, check it out. You want to know why he is there… and what he’ll do next.

This is another little masterpiece and testimony to Pixar’s insane storytelling talent.

(first published for ScripTips – with thanks to Brooke Trezise)